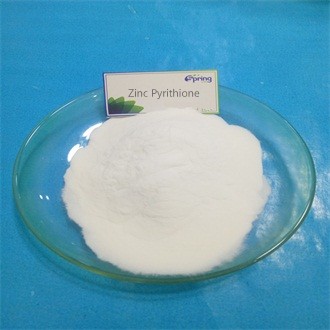 The LD50 is over 1000mg/kg while giving mice oral administration acutely.

It has no irritation to skin.

Experiment of “3-genesis” is negative.

ZPT is a superordinary kind of chemic resistant to flake and abundant lips. It can effectively eliminate eumycete which produces dandruff, and result in relieving itching, removing dandruff, diminishing alopecie and deferring achromachia. Thus, it is considered as a highly effective and safe product. The value of the shampoo added with this product would be appreciated to meet the high demands from consumers. In such a case, ZPT is widely used in the production of shampoo. Besides, it can be used as fine, broad-spectrum and environment-friendly antiseptics to moulds and bacteria with hypotoxicity in public coating, mastics and carpets. The mixture of ZPT and Cu2O can be adopted as antifouling coating of ships to prevent adhering of shells, seaweeds and aquatic organisms to hulls. ZPT and other products of the same kind enjoy tremendous potential and broad space in pesticide field with properties of high-effect, environmental protection, hypotoxicity and broad-spectrum.

Write your message here and send it to us